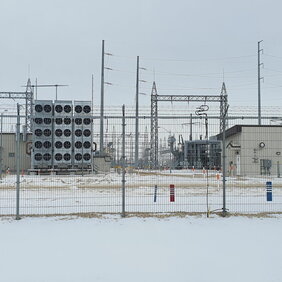 Fast rotating parts are measured with the RAGES system which is capable to detect changes of a few ten micrometers between subsequent rotations. Wellenzahl has developed the whole system, consisting of 5.8 GHz antennas, radar sensors and a central unit which captures synchronous sampled data from all connected sensors.